Cape Fear Habitat for Humanity is excited to partner with the local, faith community to build a home for Diana! All information regarding the build can be found on this page. For details regarding the build schedule, volunteering, and site location please use the links listed below, or you may contact our Volunteer Coordinator by email at chris@capefearhabitat.org. 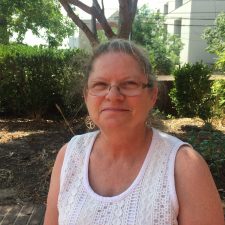 Diana and her two grandchildren, ages three and four, were living in The Glen Apartments which issued a mandatory eviction due to storm damage from Hurricane Florence. She and the two children had been sleeping on an air mattress at a friend’s home until just a couple of weeks ago when she finally found an apartment to live.

Diana currently works three jobs. She has been working as a teacher’s assistant at an elementary school for 18 years. Also for 18 years, she has worked part-time in childcare at a family-oriented nonprofit organization in the afternoons. In the last two and a half years, she has also worked part-time in childcare at a crisis center. If you comment on how busy she is, she will tell you she likes to think of it more as being “fruitful.”

“I would like y’all to know how much I appreciate this opportunity – what a dream come true.  Thank you!”